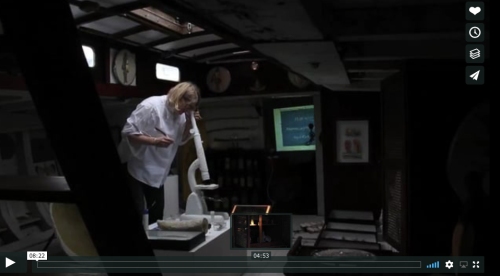 The ‘Ark’ is now empty, you are warmly invited to nominate something, someone, an idea, or a species to preserve. The door is open ready to ‘Embrace’ your nominations in this digital vessel of delight and curiosity.

Preserve today for all our tomorrows in an ethical, waterproof cabinet of curiosity. All creatures great and small welcome on board and ideas worth sharing. Your chance to help fill this wooden /virtual vessel with ideas, favourite and wonderful things that need protecting and safeguarding for the future. Message me to include your nomination.

It is now thought that there has been a fifty percent loss of the global population of animals during the last fifty years. This fills me with a sense of shame, sadness, guilt, and grief, knowing it happened during my lifetime on ‘my watch’ and that somehow even only minutely, like everyone else I’m implicated in this.

At the rate we are going (the loss of biodiversity; 30,000 species a year) this will have a catastrophic effect on our own species.

We cannot reverse as yet the Co2 emissions released over the last 100 years but we could try and restrict it’s impact. It is a huge challenge for all humanity to try and live more ethically, responding to the impact of climate change.

Unpalatable truths, but it seems like the ‘Tide of time has come for sharkish talk’ if we are to avoid a looming environmental catastrophe. In the same way we are now beginning to address civil-rights, gender inequality and abuse, we urgently need to stand up on a massive collective scale to form a new global consciousness responding to climate breakdown and species loss; a cross -generational environmental revolution that supports and allows the environment and biodiversity to replenish. ‘Nature’ is incredible, it is also mutable, it will rupture perhaps to become a world we can no longer exist in, if we continue to abuse it. We are hardwired to pick the low hanging fruit but we are also self-aware and need to resist if we want our environment, bio-diversity and our own species to continue to flourish.

It has become morally imperative and we need to elect responsible  governments to take collective action on our behalf. The land is pillaged and traded for fossil fuels; oil, gas and coal which pollutes the air we breathe. The oceans have become an unsustainable larder, dump and sewer. We must collectively respect ‘our’ natural environment and resources, because they don’t belong to us, they never did.

Twenty five years ago scientists signed a warning to humanity claiming it was no longer a viable option to consume on a infinite scale. Mother nature is unwell we to need to protect ‘our’ oceans, ‘our’ soil, ‘our’ trees  ‘our’ water, the air we breathe and above all the fellow species with whom we share the planet.  We have behaved like they belong to us for generations selling them to the highest bidder, so perhaps it’s ‘times up’ to take some moral respsonsibility for them.

As custodians if we owe a debt to the past we can only repay that to tomorrow’s world. It is our moral obligation to try and leave the world in a better state than we found it for our children but sadly this no longer seems the case for my generation. We must embrace the future or forget the future doing nothing is no longer an option.

Collectively we must urgently elect governments who will prioritise environment over profit before the effects of global warming become irreversible. We seem to be throwing the baby out with bathwater, without a safe environment to live in GDP and economic growth are meaningless. The persistence of governments to ignore climate change will be globally genocidal.

Protest against government inaction on environment

Save energy, unplug when not in use

Grow your own food

Ban the use of pesticides

Trade skills and produce with friends

Limit population growth (a difficult one, I have three children )

Shower less, we were born to smell

Alternatively hide under a barrel, go swimming, or dance like there is no tomorrow. 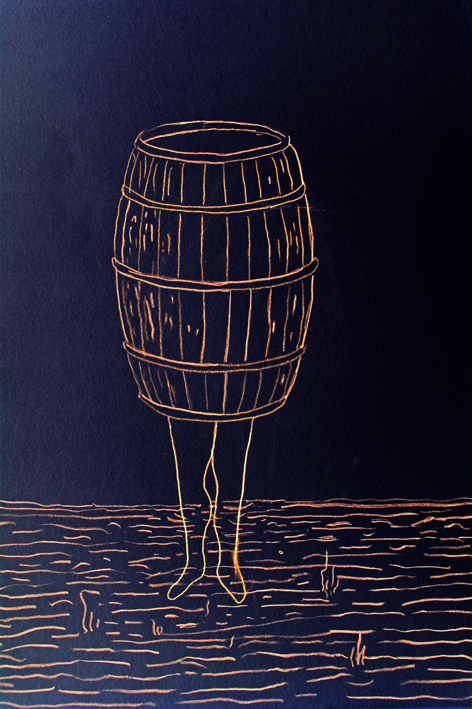 There have been five mass extinctions in the last half a billion years; scientists today are currently monitoring the current. Asteroid impact is believed to account for the last ; dinosaur extinction, but this time evidence suggests the sixth mass extinction could be preventable as the cataclysm is ‘man made’ and caused by our own impact upon our environment.

It has been reported that animal population across the planet has decreased by 80% since 1900. 50% of animals have been wiped off the face of the earth in the last fifty years alone. The ‘normal ‘ expected rate of extinction is 200 species a year; a current estimate is 30,000 species a year. At the current rate of deforestation we have ten years left of the Amazon rainforest, and on our current trajectory only 30 years to fishless oceans.

We have known for over one hundred years that carbon dioxide and man made emissions are harmful to our environment yet we have failed to act on this, even the media prefer to fuel the controversy about its ‘potential’ ever increasing devastating impact, rather than confront the scientific evidence. The oceans like the Amazon rain forests, filter two thirds of the oxygen we breathe. Acidification though sea temperatures rising, is harming vital microscopic plankton for the air we breathe.

Unfortunately it appears that we must wait for a catastrophe greater than the famines in Africa, melting ice caps, radio-active fallouts even more dramatic than the post apocalyptic movies, before we are able to face up to the problems our impact and proliferation has caused for all life form on the planet.

We are I believe at a pivotal point in history, nature will address the balance but perhaps to a world with out mankind if we do not face up to our responsibilities on an collective and international scale. The map is man made we must act beyond territories and plan a future that accommodates for biodiversity, sustainability and an environment for all life to flourish.

In the scheme of things, the blink of 100 years, we seem to have plundered the planet, and continue on a course to potentially devastate our own habitat, a paradise that took billions of years to evolve. Our own future like that of many species may hang in the balance if we continue to consume unsustainably in a finite system, our dominion may also be our downfall.

We have a moral responsibility to protect biodiversity, and time is running out. It is imperative we eliminate Co2 emissions the cause of global warming and climate change and act collectively to stop this catastrophe of our own making… before its too late. 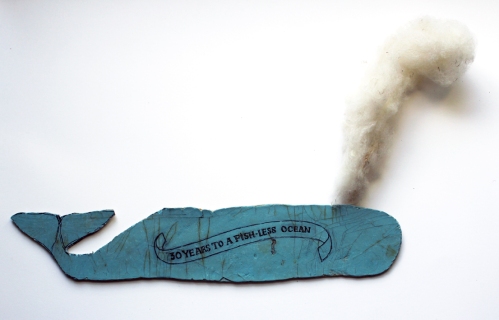 It is five hundred years since the Wunderkammer housed a united field of interdisciplinary enquiry, in an age before disciplines became separate under museums of science, nature and art. Fifty years ago CP Snow’s lecture on ‘Two Cultures’ mourned such separation; Edward O Wilson’s recent call echoed the desire for consilience of disciplines through a unity of knowledge.

Perhaps through a reunification, of art, science and nature, exploring a curious even subversive gaze we can confront the sceptical and represent the undeniable evidence of our trajectory through wonderment and engaging visual narratives to reflect upon our actions.

A new short film called Embrace will be screened from 7 November-2 Dec at Newlyn Art Gallery based on an ethical wunderkammer which documents some of the 300 objects installed in a retired wooden fishing vessel. Filmed on midsummers day the film has been described by the author Philip Hoare as ‘A Reliquary of our Age’

Using found materials on Cornish shorelines this interdisciplinary mix of objects, drawings and performance explores a consilience of mythological narrative and ecological concerns through our relationship with the sea, the land and the liminal space in between.

‘Angela Cockayne’s chimeric creations entirely from found materials: the only art we can afford to make in the 21st century?  This work is transcendently beautiful as well as being urgently relevant’ Philip Hoare

Fear helps us to stay alive, we are hardwired to react to uncertain and fearful situations. Constant anxiety on the other hand is less good for our health.

We do however seem to be living in an uncertain age where the mass media daily feeds our anxieties for political or corporate gain to the point of saturation.

We can become weary to bad news and made to feel guilty about good fortune and our environmental footprint.

We may no longer fear the bogeyman or the stranger in town, we are too busy worrying about perpetual wars, global warming, government corruption, terrorism, cybercrime, economic collapse let alone our own families, jobs, health or injustice.

It turns out perhaps we should stop worrying so much about the things we have little or no control over, and be more aware of own lifestyles and choices. According to the Atlantic, 2015 was the best year in history to be alive.

Collectively the stakes are much higher with the environment and the threat of nuclear war again. All we can do is individually try and act responsibly and sustainably and hope that the people we elect to govern us do so with self control. Being kind to others, oneself and our environment for our future generations to enjoy seems a better option than to live in a state constant anxiety.