Is it later than we think?

Scaring people about climate change does not work. My own brain shuts down at the  prospect of the earth slowly dying. Mother Nature is unwell due to our impact on the environment a fact we have known  for over 100 years but have failed to act upon. Pollution, climate change, habitat destruction, over-consumption caused by human population is having a radical impact on our environment and long-term future. Environmentalists are being assassinated – 97 campaigners so far in 2017  Global Witness. America pulls out of the Paris Accord !!? We fight perpetual wars over power  finance, and resources.

Is it hopeless? – even worrying about the prospects of an uninhabitable earth, famines, economic collapse is paralysing. Our understanding dictates whether we reach for the cookie jar, bury our heads in the sand at the enormity, or choose to act responsibly. 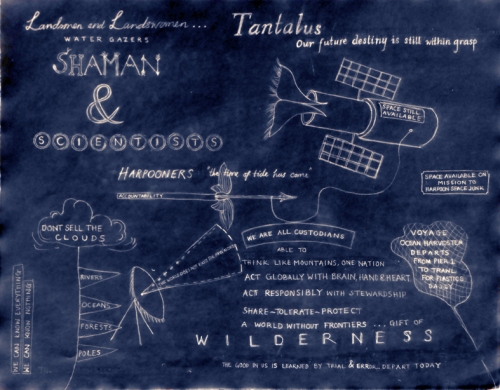 Can humanity and nature be reconciled and work in unison and harmony – not against each other?. The sixth mass extinction may have begun but hopefully we are still within reach of turning the Imperialist vessel that has driven climate change around.

Accepting the damage we are doing is step one to transforming our environment for all our tomorrows. We must embrace the incredible opportunities – think and act long-term to become carbon neutral and employ best sustainable practice so that nature can begin to heal herself.